Park Ji-Hyo is a 25 years old Korean girl from Guri, Gyeonggi, South Korea, who has been identified as Jihyo. JYP Entertainment Corporation explores her after participating as a contestant on Junior Naver and holding the second position.

She is the leader and the main vocalist of South Korea’s famous music K-pop girl group ”Twice” under the JYP Entertainment Corporation. On February 1, 1997, she was born in Guri Gyeonggi, South Korea, as ”Park Ji-Soo”.

Jihyo’s Zodiac sign is Aquarius. Then, at the age of eight only, Park Ji-Hyo joined the JYP Entertainment Corporation as a trainee.

She worked there as a trainee for ten years before her debut. During her training, she was famous for a South Korean cosmetics brand, Innisfree’s teen line with boy band Boyfriend, a South Korean boy group formed in 2011 by Starship Entertainment. Later, she was trained with many JYP Entertainment idols like Wonder Girl’s Sunmi, Hyerim, Nichkhun, Bae Suzy, and Jo Kwon. She was ready to debut a girl’s group and Jeongyeon, Nayeon, and Sana, but unfortunately, the project got canceled. After that, they all joined a reality TV show, ”Sixteen”. Basically, the competition was arranged to select only the founding members of Twice.

How did Park Ji-Hyo change her name to Jihyo?

Park Ji-Hyo is a famous Korean singer. She is the leader and the main vocalist of South Korea’s popular music genre K-pop girl group, Twice, under the JYP Entertainment Corporation. She would start a project in a girl’s group along with Sana, Nayeon, and Jeongyeon, but she couldn’t begin the project. Later, they all participated in a reality show ”Sixteen”, which was arranged to select the founding member of ”Twice”. Just before the competition, Park Ji-Hyo legally changed her name to Jihyo.

In 2019, She started dating Kang Daniel, a former member of the Korean boy band ”Wanna One”. He is also the founder of Konnect Entertainment. Later, the couple confirmed that they are dating. After the news coming out, Kang and Jihyo were on the top of the trending list on Twitter. The couple was also recognized as a new perfect couple of K-pop by the media and social media platforms. But, unfortunately, the couple broke their relationship due to busy schedules in November 2020. Hopefully, she is currently single and only focusing on her career.

What is the Net Worth of Jihyo (Twice)?

Jihyo is a popular Korean singer and social media personality. Her main source of earning is singing. Her estimated Net Worth is $15 million as of 2021. 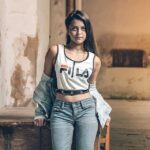