Tiger Shroff Aka Jai Hemant Shroff was born on 2nd March 1990. His Birthplace is Mumbai, Maharashtra. Tiger Shroff Age 30 Years Old as in 2020. He is a famous multi-talented Indian actor, dancer, and martial artist. His contribution to the Indian Bollywood film is remarkable. His father is also a famous Bollywood actor Jackie Shroff Belonging from a Gujrat Community of Turkish ancestry, Mother Ayesha Dutt(Shroff) Belging of Bengali descent. He started his career and became an overnight celebrity with his remarkable movie, Heropanti (2014), which hit substantial commercial success at the box office.

After that, a few more commercially successful hit Bollywood movies becomes in his name like action films Baaghi (2016), Baaghi 2 (2018), and War (2019). He is one of the highest-paid actors in India, according to Forbes India’s Celebrity list out of 100 In the year 2018-19. He was Nominated for Filmfare Award for Best Male actor Debut for his Hindi Debut film Heropanti.
.

Tiger Shroff is a multi-talented Indian Actor, Dancer, And of course Martial Artist. He is known as Indian Bruce Lee for his body type physical fitness and skills in Martial Arts. Recently he has achieved an honorary fifth-degree black belt in Taekwondo.

and American School of Bombay, Mumbai

Tiger shroff is born to win, his father Jacky Shroff is a well-known Megastar in the Bollywood industry, His Mother Ayesha Shroff is a film producer. Tiger has a younger Sister Krishna Shroff, She is also a film producer in his family.

It is a rumor spread around in the Bollywood industry that Tiger is dating his heroine in Baaghi 2 actress Disha Patani.

As we all know that Tiger Shroff is a Martial Artist so he knows how to keep his body healthy and fit.
He takes care is fitness and always works hard and spent lots of time in his gym and exercising. He is known for his body and is always compared to Famous Hollywood actor and Martial artist Bruce Lee.

Tiger was an average student and mostly was interested in sports, Martial Arts. He completed his school life at Besant Montessori School, Juhu, He went to Mumbai and the American School of Bombay, Mumbai. He was admitted to college at Amity University, Noida, Uttar Pradesh but didn’t complete his degree.

He was offered for lead role Remake of the TV show Fauji in 2009 but he refused to do, and the reason behind that he wants to concentrate on movies only. Finally, after a few years of hard work he makes his debut in the Hindi film industry with remarkable hit films Heropanti in 2014 with Kriti Sanon.

After that, he takes 3 years and prepared himself and Comes up with another new movie Baaghi, with co-star Shraddha Kapoor in 2016. And Baghi 2 (2018) Sequel of Baaghi with Disha Patani.
In 2019 He appeared his film WAR (2019)

Are Tiger and Disha together?

They are never come up with open in public with their relationship. But it said and netizens are quite sure due to their shared picture with having Dinner, movie dates, etc proof of duo are together.

Is Tiger Shroff a vegetarian?

He loves to vegs in his diet but also consumes non-vegs like eggs etc but he never smokes or takes alcohol. 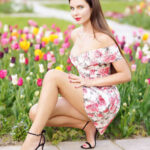