Completed his higher education in Finance Management after Completing Mechanical Engineering, Hemant Nagrale’s life has many interesting chapters which you don’t know.  He Could have been Settled down with a good corporate job with high-paying salaries. But he always wants to do something that will be challenging and tough to handle.  To serve the nation to do something for his country, he disliked the job with Sureshot earning and comfort zone.  He left that comfort zone and decided to join IPS to fulfill his dream.  The newly appointed Police Commissioner’s life is full of thrills and lots of works that will feel our pride.

He studied up to the sixth standard in ZP School, Chandrapur District, Maharashtra. After that, Hemant spent the rest of his school life at Patwardhan High School in Nagpur. He completed his  Mechanical Engineering Degree from the Visvesvaraya National Institute of Technology, Nagpur.   He holds a Master’s degree in Finance Management from Jamunalal Bajaj Institute of Management Studies, which he did after completing his Mechanical Engineering From  NIT.

He was a 1987-batch Maharashtra cadre IPS officer and chose to do something for his country; he decided to Sit for UPSC early in his career. His skills as an ASP in Rajpura were lauded in the Maoist-infested area of ​​Chandrapura. His performance pleased higher authority to nail down and scatters  Maoist infested areas.

From 1992 to 1994, Nagrale was the DCP of Solapur. He was the main leader behind the formation of the Solapur Commissionerate. After the Babri Incident in 1992, he played a significant role in controlling the situation and maintaining law and order in Solapur.

His role in acquiring land for the Enron thermal power project during his tenure as police superintendent of Ratnagiri district was commendable. In the late nineties, he also made a good impression as a CBI officer, and his performance was excellent. Later, as the DIG of CBI, he completed the investigation process in several cases, including the Ketan Parekh case, the Madhopura Cooperative Bank case, Harshad Mehta case.

From May 2016 to July 2017, he served as the Commissioner of Police in Navi Mumbai. At that time, he was the main controller of the movement demanding the preservation of the Marathas. He was promoted to DG in October 2016. Nagrale was in charge of overseeing forensic science laboratories across Maharashtra.

After the 26/11 Mumbai attacks, he rescued injured people and sent them to hospital. He removed the RDX-filled bag taking the risk to his own life,  lying on the city street, and took it to a safe place. After that, he gave the news to the Bomb Disposal Squad. Later, bomb disposal squads disposed of the explosive.

He, along with other 4 police officers,  rescued several injured people from Taj Hotel. Along with senior officers and other office workers, he rescued hundreds of people trapped in the Taj Hotel’s shopping plaza.

After his long IPS career in his life, he becomes the Commissioner of Mumbai Police, In place of Parambir Singh.  Parambir Singh replaced him. The reshuffle comes amid the involvement of Mumbai police officer Sachin Vaze in the Antilia Scare Case.  Sachin Vaze was reinstated by his post by the Police Commissioner,  Param Bir Singh. Vaze was in suspension for 16 years long before he was reinstated in the Mumbai Police.

Although a large section of Mumbaikars believes, Parambir has to pay the political tug-of-war price over the Ambani’s Antilia Scare case. He has been transferred to the post of DG of Home Guard.

The National Investigation Agency (NIA) has arrested Sachin Vaze, a Mumbai police encounter specialist, connected with a car bomb scare case in front of Antilia. The Maharashtra government was uneasy about this incident. Because at one-time, Shiv Sena was full of praise for Sachin.

Allegedly, Sachin ‘arranged’ the bombing in front of Ambani’s house on the instructions of Parambir. It is believed that the decision to remove Parambir was taken at that meeting to save Mumbai Police’s image.

On February 25, police recovered an olive-colored car packed with explosives from the front of Mukesh Ambani’s Mumbai home in the Antilles. According to the investigation, the car belonged to a car dealer named Mansukh Hirani. Sachin, the investigating officer of the case, used his car a few days ago. Meanwhile, Mansukh’s body was recovered from a pond in Mumbai.

The image of the Mumbai Police has been tarnished in recent incidents. It remains to be seen how much the appointment of the mayor can heal that wound.

Some lesser-known facts about Hemant Nagrale 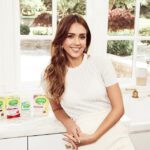 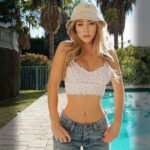